The Historic Royal Theatre in downtown Macon is a grand old building with a long history of live theatre and vaudeville. Built in 1889, it opened as the Jobson Opera House. Later known as the Logan Theatre, the Blees Theatre and the Royal Theatre, it was called the Macon Theatre and converted to “movies only” in 1959. Throughout the decade of the 90’s the theatre underwent a renovation inside and out preparing it to better serve the needs of modern theatre artists and patrons, installing electricity, water, central air, and a top of the line performance space. The Royal Theatre is a wonderful place to perform and to watch a show. It’s 300 seats are on the gently sloping main floor and sweeping arch-shaped balcony. There are truly no “bad seats” in the house as everyone is close to the action. Come take a look. After 129 years, the Royal Theatre still provides “Distinctive Attractions.” 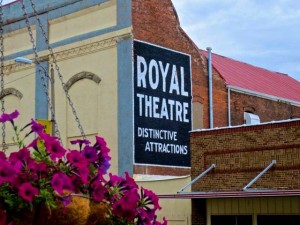 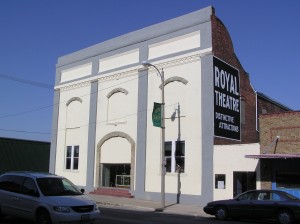