Season Tickets, You Pick Fours, Group Tickets, and Individual Tickets are on sale now! Click here for pricing information for our 2022 season. 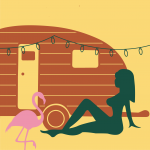 There’s a new tenant at Armadillo Acres—and she’s wreaking havoc all over Florida’s most exclusive trailer park. Pippi, the exotic dancer on the run, comes between agoraphobic Jeannie and her tollbooth collector husband, and storms begin to brew. A musical comedy that has a little bit of everything: spray cheese, road kill, hysterical pregnancy, a broken electric chair, kleptomania, strippers, and disco! 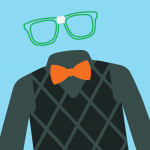 When Willum has an unexpected party guest, who turns into an unwanted houseguest, he executes an elaborate plan to rid himself of the wacky nuisance. Aided by a rag-tag team that includes friends, a would-be lover and an oblivious boss, creative acts of desperation quickly dissolve into utter mayhem. The twists and turns of this madcap comedy lead to an ending that leaves you feeling happily hoodwinked! 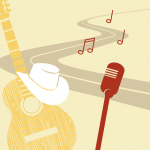 Travel the road with country music’s first music star! This musical follows Hank Williams’ journey from backwoods Alabama, to his triumphs on the Grand Ole Opry, and to his self-destruction at twenty-nine. Audiences will be treated to an unforgettable tribute of more than 20 hits, including “I’m So Lonesome I Could Cry”, “Move It on Over”, “Jambalaya”, and “Hey, Good Lookin’”. 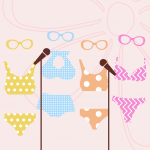 Back together again! This favorite girl group from the Jersey Shore reunites to raise money for the good folk s at Sandy Shores Mobile Home Beach Resort. Reliving their heyday from the summer of ’64, these four inseparable friends offer a nonstop celebration of song from their early days through the next two decades. Featuring the hits “Yellow Polka Dot Bikini,” “These Boots Are Made For Walkin’,” “Ain’t No Mountain High Enough,” “I Will Survive,” and “It’s Raining Men,” The Bikinis is a musical beach party! 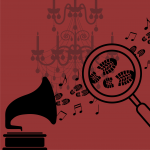 Ten people are stranded in an isolated English country house during a raging thunderstorm. Suddenly, one by one they’re picked off by cleverly fiendish devices. As the bodies pile up in the library, the survivors frantically race to uncover the identity and motivation of the cunning culprit. Something’s Afoot is a zany, entertaining musical comedy that takes a satirical poke at Agatha Christie mysteries and musical styles of the English music hall of the ’30s. 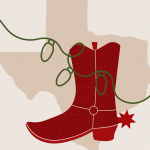 It’s Christmas in the third-smallest town in Texas. Radio news personalities Thurston Wheelis (played by MRT favorite Michael McIntire) and Arles Struvie (played by MRT favorite Sean Riley) report on various Yuletide activities, including the hot competition in the annual lawn-display contest. With the “Christmas Phantom” on the loose and the local Christmas production in peril, there is lots of mayhem to report. In this hilarious sequel to Greater Tuna, two actors play all of the crazy citizens of Tuna, Texas.